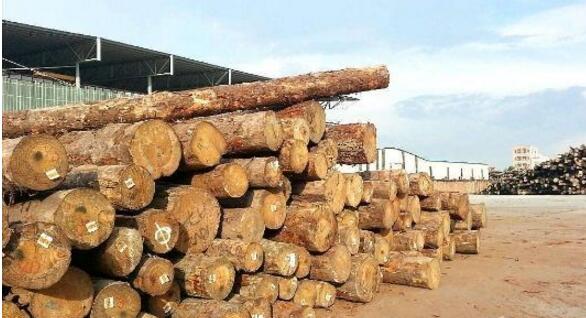 March 2017 was in the spring of the year after the end of the year. After the timber market with an overall increase in prices in 2016, timber prices continued to rise after entering March. Looking at the changes in the market prices of various types of timber in March, it is not difficult to find that most of the wood is in an upward trend, and some wood prices tend to stabilize in late March.

Thai rubber wood is up early

According to the chart, the prices of 18*1220 and 2.44m long AA-rated Thai rubber woods showed a rising trend in the first half of March, with an increase of nearly 100 yuan. The reasons for the price increase were: 1. Raw material prices rose sharply and the plant opened. Slow production; 2. Affected by last year's environmental storm, the inventory of various manufacturers is seriously insufficient; 3. The new year is the peak season for sales. All dealers and factories are required to stock up, leading to supply shortages; in late March, they are declining and maintain high prices. The main reason is that the situation of supply shortages has eased slightly. However, with the rise of foreign factory materials, it is not ruled that Thai rubber wood prices will continue to rise in April.

It can be seen from the chart that the market price of radiata pine rose all the way, but the increase was not significant, and it was within the range of normal change. The reasons for the price increase were: 1. Manzhouli freight increased, 2. Ship transportation fees rose, 3. Motor transport could not be overloaded This led to an increase in transportation costs and the shortage of supply in April and March caused by shortage of goods. However, due to the arrival of new cargoes in Laoshan and southern ports in March, the shipment volume has remained stable, so the market price of radiata pine is rising but it has not changed much.

The policies of timber exporting countries have directly affected the arrival of timber at domestic ports, and have also pushed up the price of domestic timber. It is understood that Mozambiqueâ€™s ban on the export of unprocessed logs has been a total ban on January 1, 2017, resulting in only the stock of wood in the region is not replenished with new supplies, and prices have continued to rise. Non-acid (secondary ebony) is affected all the way up, with an increase of more than one thousand yuan. This rising trend may continue for some time before finding alternative sources of supply.

Multi-category wood is in a rising trend

Multi-category woods were in a rising trend in March. For example, North American wood, whether it is pine or hardwood, had risen in prices in early March. It has generally fluctuated within the normal range in the later period, but the price is still very high and â€œprettyâ€; Russia The material also experienced a process of rising prices and stabilizing. Major Russian Prime Minister Dmitry Medvedev signed a decree banning the export of larger birch and higher freight rates. However, because shipments tended to stabilize, prices rose in late March. Also gradually stabilized.

In March, the overall timber market continued to rise, some of the timber prices stabilized in late March, and China Wood Industry Network will continue to monitor the price changes. Please pay attention to our daily price.

With the rapid developments in tunnel traffic infrastructure construction, engineers need a portable and real-time system to obtain the tunnel deformation during construction. An automatic and wireless real-time tunnel deformation monitoring system, which is based on laser and machine vision and can give early warnings for tunnel collapse accidents, is proposed. The proposed system uses a fixed laser beam as a monitoring reference. The image acquisition modules mounted on the measured points receive the laser spots and measure the tunnel accumulative deformation and instantaneous deformation velocity. Compensation methods are proposed to reduce measurement errors caused by laser beam feasibility, temperature, air refraction index, and wireless antenna attitude. The feasibility of the system is verified through tunnel tests.