With the depletion of conventional energy sources, the development and utilization of new energy is undoubtedly the only way out. Energy plants are a kind of renewable biomass resources. Among them, energy grasses have large biomass and are rich in lignocellulose. The conversion of lignocellulosic materials into biogas with high calorific value through anaerobic fermentation is currently the most developed bioenergy. One of the prospects.

To find a suitable herbaceous energy plant suitable for anaerobic fermentation and biogas production, a large amount of research work needs to be done. It is also necessary to use breeding and biotechnology to improve the target plant in order to increase the conversion rate of biomass energy and improve the quality of transformed products.

In the 1980s, the United States and Europe have systematically screened and studied perennial herbaceous plants as energy plants, cultivated special-purpose energy grass varieties, and realized large-scale planting and development and utilization. In 1984, the United States launched the "Energy Grass Research Program," which focused on screening 35 species of herbaceous plants and obtained 18 kinds of energy grasses with potential for development and utilization. In Europe, about 20 species of perennial herbs were studied. Finally, Miscanthus sinensis, Phalaris arundinacea, Panicum virgatum and Arundo donax were selected for further research.

China has a vast area, rich and diverse plants, and a wide range of herbaceous energy plants. A large number of researches have been carried out on the collection and selection of energy grass germplasm resources, and important research results have been achieved.

The Lanzhou Institute of Animal Husbandry and Veterinary Medicine of the Chinese Academy of Agricultural Sciences began collecting, identifying and domesticating cultivation of Pennisetum alopecuroicles germplasm resources during the Eighth Five-Year Plan period. A total of seventy-seven materials were collected. In the past 10 years, the Beijing Prairie and Environment Research and Development Center has collected 208 energy grass resources including switchgrass, miscanthus, arundo, Achnatherum splendens and Pennisetum hybrid. Yan Jiajun et al. proposed to use swamp as an energy plant through the collection of Saccharum arundinaceum in the Lancang River Basin, the Qingyi River Basin and the Lancang River Basin in Sichuan, and observation of its biological characteristics.

If the energy plant cell wall contains higher lignin, it will affect the conversion efficiency of its biomass energy. Chang Ruina and other clones obtained the key enzyme genes CCoAOMT and 4CL for Miscanthus floridulus lignin synthesis, which will help to further improve energy plants. Mangana is a relatively new type of energy conversion to biomass energy, which requires the support of breeding and biotechnology. For switchgrass, the work to be done in the future is to increase the number of high-yield hybrids and use transgenic technology to increase yield and cellulose content.

Energy and grass raw materials are a major factor influencing the development of the industry. At present, many countries have begun to plant energy grass in large quantities. More than 90% of the land for agricultural production in Ireland has been planted with energy grass. The United States plans that by 2030, biomass energy produced by perennial energy plants will account for 35.2% of all bio-renewable energy sources. 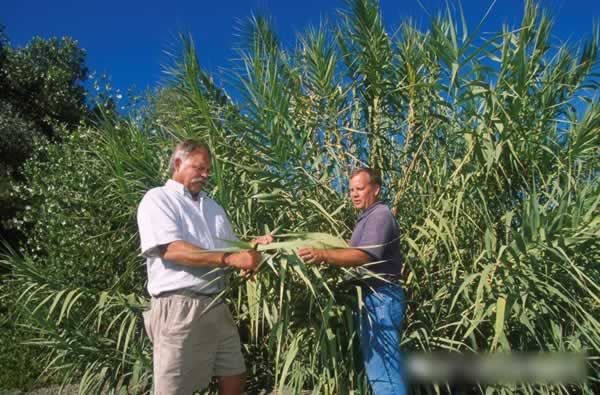 After energy plants are harvested at different times, the amount of biogas produced by anaerobic fermentation is different, mainly because the chemical composition of plants changes with the growth time. Lehtomki et al. studied the effects of harvest time on the biogas production of various energy plants such as Helianthus tuberosus, Phleum pratense-Trifolium pratense, and grass reeds. Most plants produce more methane per ton of wet weight. MassÃ© et al. studied the changes in the amount of methane produced by silage and anaerobic fermentation of switchgrass and grass reeds during mid-summer, late summer and early autumn. Delaying harvesting will reduce biogas production. In the entire growth cycle of energy grass, which factors affect its biogas production still needs more in-depth research.

Due to the high crystallinity and degree of polymerization of the lignocellulosic feedstock, pretreatment of the feedstock prior to conversion is required to increase product yield. The main effect of pretreatment is to change the structure of natural fibers, reduce the degree of polymerization and crystallinity of cellulose, destroy the binding layer of lignin, hemicellulose, and remove lignin. Pretreatment methods include physical methods, chemical methods, and biological methods.

Methanogens are widely distributed in nature. For example, fresh animal excrement, sewage treatment plant sludge, and spoiled river mud can meet the requirements of energy grass fermentation biogas production. Song Li compared the potential of anaerobic fermentation of sheep manure, duck manure and rabbit manure to produce biogas. It was found that duck dung was the best, followed by sheep manure, and rabbit manure was the worst. Liu Dejiang et al. set three cow manure fermentation concentration gradients (6%, 8%, and 10% total solids content) to study the effect of anaerobic fermentation on methane and hydrogen sulfide levels in biogas production. The results showed that 8% For the best concentration of fermentation. Xie et al set a 1:0, 3:1, 1:1, 1:3, and 0:1 mix ratio of swine manure and silage to study the effect of manure ratio on anaerobic fermentation production of biogas. The results showed that The 1:1 methane content in biogas is the highest.

The content of methane and carbon dioxide in the biogas is an important parameter that reflects the operational status of the anaerobic fermentation process. In order to maximize the production efficiency of the anaerobic fermentation process, the entire production process must be under optimized operating parameters and environmental conditions. At present, the main methods for the detection of biogas components include austenitic gas analysis methods, gas chromatography GC analysis methods, thermal catalytic element detection methods, and infrared detection methods.

In the measurement of methane range, the thermo-catalytic element detection method is 0 to 5%, and the remaining three kinds of measurement ranges are 0 to 100%. When analyzing the gas composition, the method of austenitic gas analysis and gas chromatography GC analysis method can also determine carbon dioxide and Oxygen content, infrared detection method in addition to the determination of carbon dioxide and oxygen content, but also the determination of hydrogen sulfide content, and the thermal catalytic element detection method can only determine the methane content; 4 analysis methods of gas analysis time were 1h, 30min, 30s, 5s; Overall, infrared detection methods have obvious advantages in all aspects. For rough estimation, the methane content in the gas can be determined by observing the flame color of the biogas combustion.

The worldâ€™s energy problems have become increasingly prominent, forcing countries to develop and use new energy sources to ease the shortage of domestic energy. China's research on energy conversion is also underway, but it is still in its infancy. It still requires the continued efforts of the research workers, as well as relying on national policies to promote the planting of energy grasses, and the industrialization of energy grass conversion to contribute to the national energy issue.